A gathering place of artists immersed in herbs. Herceg Novi was founded in the 14th Century, when the Bosnian King Tvrtko gave his country an exit to the seaside. Since then, the architecture of this time has been characterized by the change of Ottoman, Venetian ans Austrian rulers. The Oriental appearance, inside the town’s walls, is due to the fortresses Španjola, Kanli-kula, Fortemare, Citadela and Sahat-kula (Clock Tower), which represent a part of preserved medieval architecture. Here, one can find churches with the old part by the richness Mediterranean flora. Herceg Novi has always attracted artists, most of all painters and writers.

This coastal town does not sleep, even during the winter. The feast of Mimosa, the celebration of a yellow flower, which blossomed at the beginning of February, is a traditional celebration of Herceg Novi. There are theatrical, musical, artistic, literary and sports manifestations until the first days of March. The most attractive ones are the masked balls for children and adults in the hotel “Plaža“, the fishermen festivities (of fish and wine) and the picking of mimosas along Herceg Novi’s Riviera. Furthermore, there is a flower exhibition of several day’s duration in the hotel Topla, and the people’s festivity on the first weekend in February in Baošići. Moreover, one simply cannot imagine this festival without caravans of majorettes, music and masks.

The Riviera of Herceg Novi

East of Igalo, between Kumbor and Kamenari, on a 3,100 meters long coastline, there are many isolated beaches and small sandy harbors.
Across the old town of Herceg Novi, on the Luštica peninsula at the foot of the hill is the architecturally interesting fishermen’s settlement known as Rosa. A long time ago, on the island, there was quarantine for the sailors. There are also several small attractive beaches. The area of Mirišta is one of the most beautiful swimming areas of Herceg Novi. It is a combination of concrete and sand. Žanjice beach, 300 meters long, is covered with pebbles. Situated nearby is the very attractive Plava špilja (Blue Cave) and Mamula, an island with an Austrian fortress. Igalo, due to tits curative mud and mineral springs, is a well-known spa. Its coast is divided into smaller sand and concrete beaches arranged by hotels, up to 1500 meters long.
The starting point for mountaineering from Herceg Novi is Kameno, from which climbing to Orjen commences.
Bijela (12km from Herceg Novi), was mentioned for the first time as a village os St. Peter, in 1334, after founding the Benedictan monastery, which was not preserved. Some twenty to thirty years later, it is mentioned as a part of Kotor’s feudal property. According to the remains in church Riza Our Lady, Bijela used to be the center of a diocese.
Within the territory of Kamenari, there is a village named Verige, with a canal, 350 meters wide and 2325 meters long. According to a legend, Croatian and Hungarian King ludovic was the first one to set up a barrier made of chains (verige-chains), in order to safeguard Boka from unwanted attacks by enemies. The Savina, a monastery complex from the 17th Century , used to be a shelter for refugees from Tvrdoš, near Trebinje. The most famous Montenegrin poet and ruler, Petar Drugi Petrović Njegoš, was educated in this monastery. The monastery complex consists of three churches. The small church (believed to the built in 1030), got its appearance in 1831 . During the redecoration, it was embellished by figures of the Nemanjić Dynasty. The second cathedral is an architectural synthesis of a Romanesque style with Byzantine elements, and it was built at the end of the 18th Century, and restored in 1839. Simeon Lazović Bjelopoljac painted the frescoes. Many paintings belong to Risan’s art School. Above the monastery complex, in the village, there is a parish church of St.Sava. The monastery owns a very extensive library and valuable legacy. 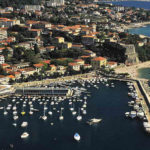 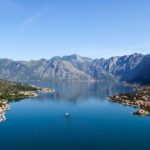