The island of St. George is a natural one, containing the remains of a Benedictan monastery (12th Century), and St. George’s church, after which it was named. Our Lady of the rock (Our Lady of the Cliffs) is an artificial island – created by an embankilometresent around an underwater cliff.

Every year , on the June 22., a fleet of decorated boats bring stones and throw them around the island. The church on the island was raised in 1630, where a small church from the second half of the 15th Century used to be. The Church nave was decorated with 68 paintings on the ceiling and walls and is the greatest baroque treasure in Montenegro. These paintings are the lifework of Tripo Kokolj (1661 – 1713). The patron of the artistic opus that Kokolj had been working on for ten years was the Archbishop of Bar, Andrija Zmajević. 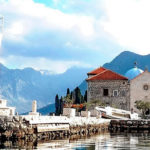 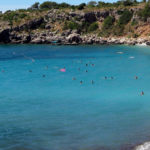