Under the slopes of Lovćen, with its unique fortress, UNESCO proclaimed it a world culture heritage, in 1979. It is surrounded by the 45 kilometers long rampart, which with the castle of St.Ivan on the hill, creates a universal fortification. The building of the walls started as early as in the illyrian times and continued up to the 18th Century. In the walls, there are three town doors, and the most interesting ones is the door on the west side, built in 1555, overlooking the sea. The site of legends of famous sailors and centuries-old maritime traditions. There are many beautiful mansions and houses in Kotor among which the most significant are: Bizanti, with a beautiful stairway (1641); Prime with typical Renaissance and Baroque forms (end of 16th Century); Grgurina (end of 17th Century); Drago (16th Century); the palace above the main town ( 16th Century); the former residency of the representatives of Venetian governors; the house of a nobleman from Kotor, the Venetian supervisor at the borderline with Montenegro, from the second half of the 14th Century with mosaic floors and an inner staircase built in an artistic way; the palace Beskuća (18th Century) with an impressive portal from the 15th Century, and the house Lombardići, in the vicinity of St. Nicholas’s church where Peter I and Peter II Petrović Njegoš used to stay. The navy of Boka in Kotor is an ancient class cooperative brotherhood, with a statute dating from 1463. Its members were ship owners, captains and sailors. Since 1859, it exists simply as a cultural association of Boka, which performs in traditional costumes at public manifestations. The fête-day of the navy of Boka is February, 3rd – St.Triphon‘s Day.

The beaches here are not large and vast, but there are numerous piers and docks. Across the town is Morinje, a sandy-pebble beach 1000 meters long, and behind it, a canal and marina.
Then there is Orahovac, a beach between Kotor and Perast; Marco’s Cape, between Prčanj and Stoliv, right next to the famous tourist place for rehabilitation – bungalow hotel.
Then there is Risan’s beach, behind the hotel Teuta. A favorite place for the people from Kotor is Bajova kula, situated between Risan and Perast. It was named after the legendary hero Bajo Pivljanin, a rebel in the combat against the Turk potentates in the 17th Century. The surroundings of Kotor, along the coast, consist of settlements Dobrota and Prčanj, with churches from the baroque time and even older medieval palaces, and Risan and Perast with two islands. 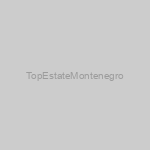 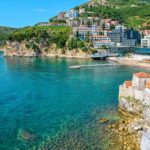